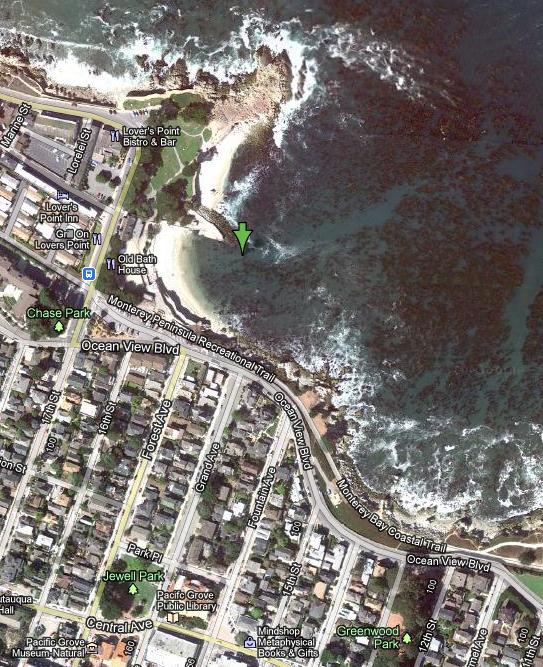 We kicked on a 60degree heading until we were clear of the wall, then dropped down into 20ft of water.

Visibility was quite good, about 15ft. I expected worse. I thought the bad conditions on Saturday would have stirred up the bottom.

We continued on the 60 heading, but it soon got very surgy - 5-10ft. This made it hard to enjoy the view!

Bottom composition was quite interesting, lots of very large rocks to swim around, over and between. Plenty of nooks to peep into.

I figured it might be better if we got a little deeper, but despite continuing out for about 25 minutes, it got neither deeper nor calmer! So at that point we turned around. Logged a max depth of 27ft.

We did see a big fat seal, that spooked me as it appeared from around a rock. Boy, was it fat! Also saw a nice size Ling. A few other nice size perch and rockfish went zipping by in the surge, bit too fast to get a good look at them.
Posted by UK Dive Boy at 6:04 PM No comments: