First test of the new camera

The first real test of my Casio EX-Z80 was this weekend, when I did the ocean part of my PADI Digital Underwater Photography class.

We did two dives in Monterey at McAbee beach (down by El Torito on Cannery Row).

I have to say, I'm relatively pleased with the pictures, but there are a few aspects of the camera itself that did annoy me during the dive.

First the fun stuff! Here's footage I took with the camera of me being "checked-out" by a friendly harbor seal.

I didn't know he was there, but my dive buddy motioned to me to look behind me - we were just coming to shore at the end of the 50+ minute dive). When I looked round there was the seal attacking my fins. I dropped the Casio back into Auto Exposure and fired up the video recorder.

I'd tried taking the still shots of the event first, but I found that the picture review mode severely inhibits the ability to do a burst of photographs of a single event, so I'll be turning that off in my profile before the next dive.

I found it rather annoying that I can't just start video recording when I'm using the Best Shot mode that I have set-up for underwater photographs. Fair enough that it's not possible to use the BS mode, but rather than just refusing to switch to video mode (forcing me to manually revert the exposure mode to Auto) why not give me the option to immediately override the exposure mode back to auto!

Another thing I don't like about the camera is that it reverts back to auto exposure after 'auto off'. I found that every time I wanted to take a picture the camera had switched itself off and I needed to go back to BestShot|UserDefined|Select. It was very cumbersome to do this with 7mm gloves on. Eventually I turned the AUTO OFF setting to 5minutes, which definitely helps but isn't a perfect solution.

It's rather annoying that the Best Shot mode doesn't remember my preference for ISO setting. When activating the BS mode, the camera always goes to Auto ISO generally the same as "use the lowest ISO you can at the expense of slower shutter speed". What I found was anything with a shutter speed slower than 0.002seconds would be blurred, so it's definitely better to go for a 400ISO and faster shutter speed and live with the additional picture noise.

I've uploaded more of the still images to my Flickr page: here Not exactly the underwater subject I was planning for, but it is nature!

I took the new 'dive camera' on a trip camping at the weekend. Took it to figure it out, play with some settings. As I was getting ready to bed down for the night I spotted a 'coon up in a tree: 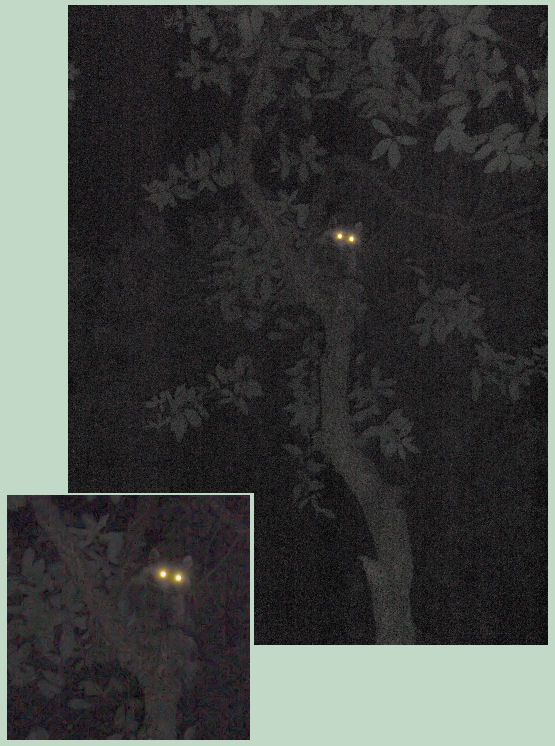 Close to a dive camera decision

After about a year of deliberation I think Costco have made my mind up for me.

I think I'm going to get a Casio EX-Z80. Maybe I won't go for the shocking pink though, but it is very practical for diving you must agree!

Costco made the decision for me as the have that camera on offer in store at the moment and I have my Costco Amex rebate burning a hole in my pocket - has to be spent by the end of August.

Casio might sound like an unlikely choice for a camera brand, but I have the Ex-Z505 from about 5 years back and I've been really happy with that camera. The colour reproduction is great, the MP4 video recording is superb video quality, excellent stereo audio quality too. I just hope the ex-z80 is as good!
Posted by UK Dive Boy at 8:55 PM No comments: